The Recipe of a Pro Mix

What actually is the recipe of a pro mix? Is there such a recipe? What are the steps to go from demo to pro? You’re about to find out.

Watching the “behind the scenes” and studio diaries of your favourite bands is so inspiring. In the videos you’ve probably heard musicians and audio engineers talking about how they achieved their great sounding mixes everyone is franticly cheering on. They’ll likely talk about the different plugins and gear they were using and how that made all the difference. This is misleading for a number of reasons and will paint you a wrong kind of picture of the whole process. 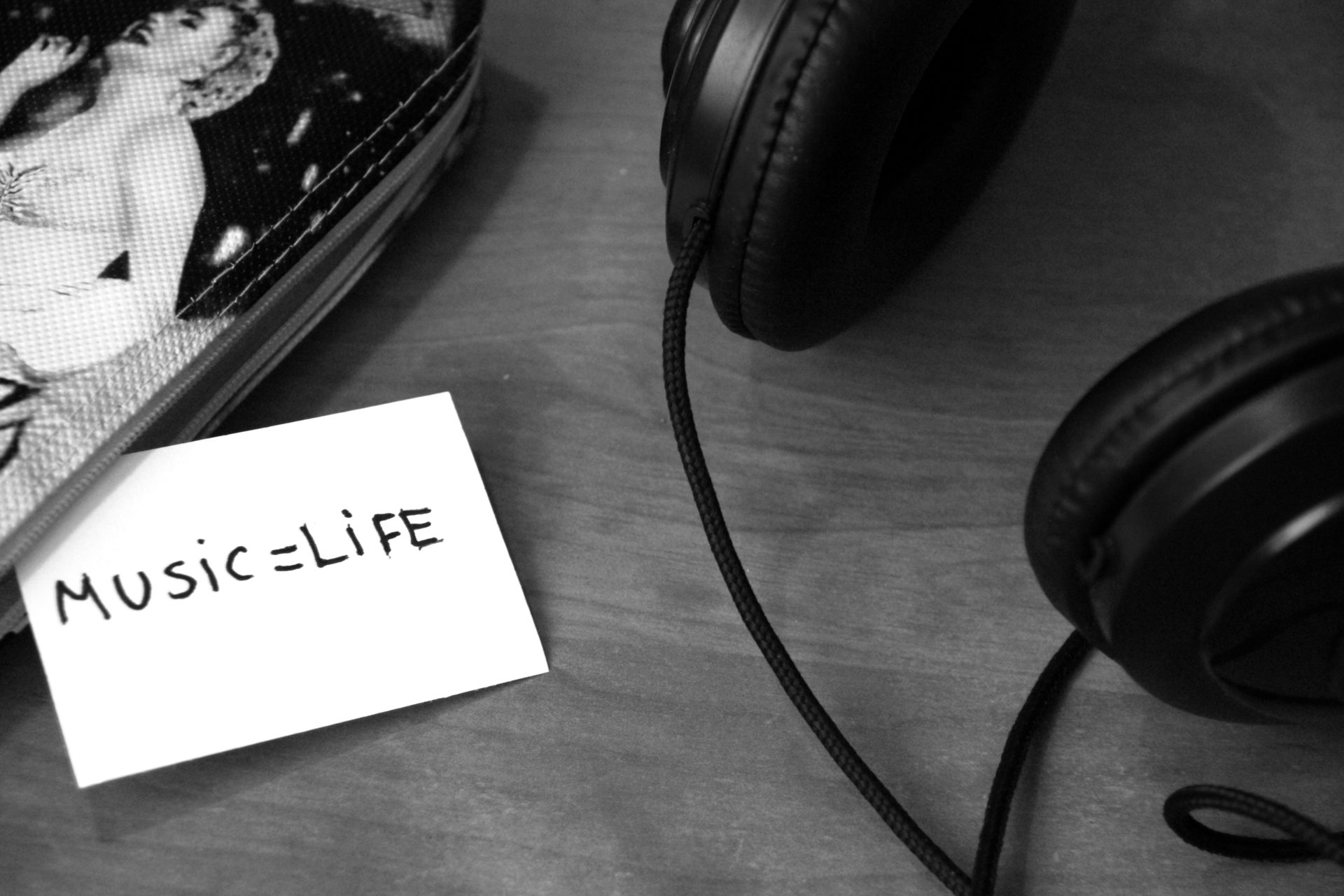 This is the reason why so many aspiring home studio musicians approach mixing in a crooked way. Instead of stopping for a while and thinking, they jump right in. Have you ever started “mixing” before you even got all the parts figured out and all the instruments recorded? Just started throwing in plugin after plugin?

I’ve done this countless times and it always led me to a messy phase jungle. What I mean is that you’ll EQ things you don’t need to EQ and use the wrong kind of plugin in the wrong place. This is where things start to fall apart.

The mindset that mixing is the holy grail and will fix everything is incorrect and ruins your process of making music. What most of us don’t realize is that the process of mixing starts way before throwing in a single plugin. In fact it starts before you even have a single track to throw plugins into.

What are the steps to a pro mix?

What doesn’t come up in the studio diaries and interviews is that without the songs the mixes wouldn’t exist. Songs are subjective and there are different tastes, but most of the legendary songs have two things: a memorable melody and lyrics to identify to. So long before mixing, you’ve got to make sure you get this step number one right. 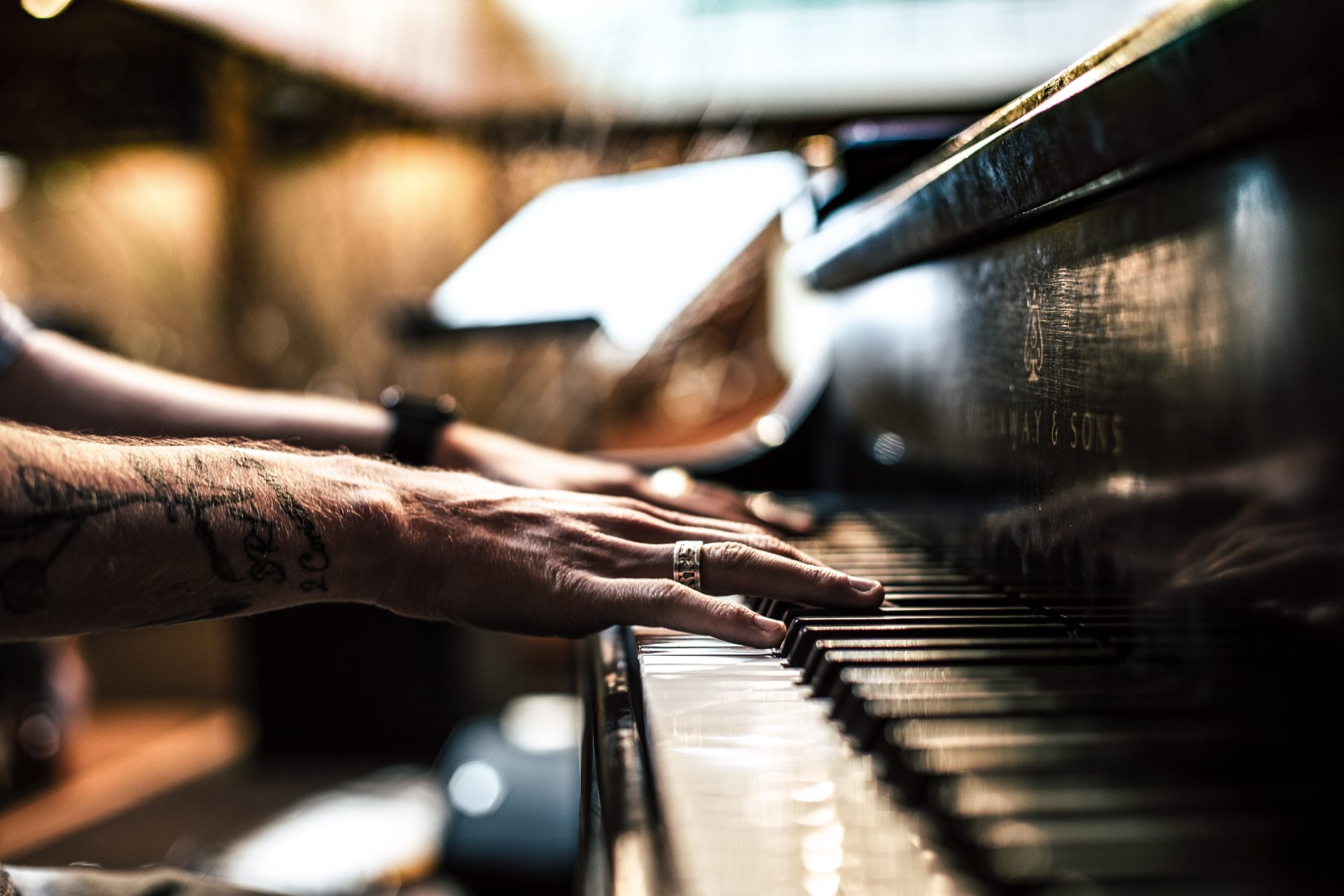 Start your songwriting process from the hook which is usually the melody itself. Once you’ve got a great memorable melody, the rest of it will come together far quicker. Make the lyrics in the early stages of composing and invest some serious time to it. Don’t waste the opportunity to really speak to the listener. Think yourself as an listener, how much more do you like songs where you can identify to the lyrics?

The step number two is the arrangement. The structure, the instrumentation and all the production decisions are made in this phase. This is the part you don’t want to skip. Arranging and producing your song prevents it becoming a loop. The whole point is to take listeners on an exciting journey from start to finish.

Before the arrangement, you’ve made melodies and lyrics. Now it’s time to decide in which order you melodies are introduced to listeners and what instruments are playing in the different parts of the song. It’s important that you have some kind of a vocal track in place to represent the melody and emotion of the vocals. This way you’ll know what are the roles of the other instruments.

Moreover you as a producer have to keep things interesting as parts of the song are repeated more than once. What you can do to keep the listener glued to the stereo? I covered this topic in detail in my earlier post “I Overlooked This Part of Composing for Years”. 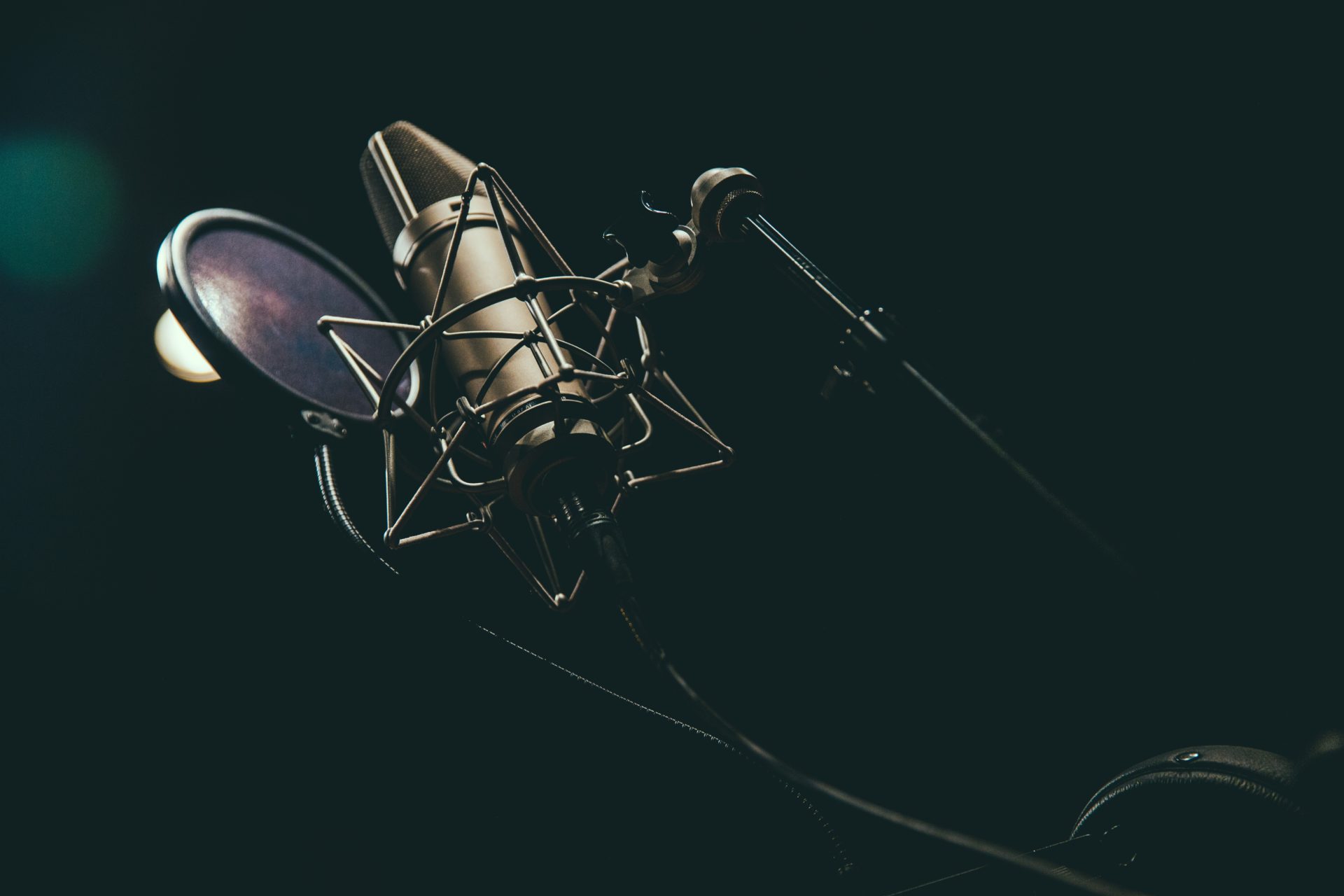 After arranging it’s time for the step number three which is recording. Now that you know what to record, things flow much more smoothly. Don’t make the mistake of rushing through the recording phase thinking you’ll fix it in the mix. Unlike the mixing phase this is the part where the real magic happens. Try to record in a way as you didn’t have the mixing phase at all. Pretend that you have to get by just by faders and panning alone.

First, the mic placement is essential. Experiment until you get exactly the sound you wanted. Second, set the right gain from your preamp. You don’t want to record too loud as it will ruin your tracks. Third, capture takes that don’t need to be edited for hours to sound okay and takes that don’t need to be hidden in the mix. You see, the better recorded your tracks are, the easier and faster you get them to sit in the mix.

Now that you’ve got the arranged song recorded the best way possible, as the step number four it’s time to edit. Although you recorded as good takes as you possibly can, they can be cleaned and tightened up by editing. Nothing too overflowing, but just to make them a bit more pro sounding. Don’t over do it to suck all “human touch” out of the tracks.

The point is to make the project ready for mixing. Edit the timing issues especially with the kick, the bass and the rhythm instruments to play well together. Keep things subtle. Combine the recorded takes as one “master take”. This is, if you have more than one take of a part. Simply choose the best of each take to make one great take. Clean everything you don’t need for a more polished outcome (for example breaths of a vocalist and clips and scratches from guitar tracks).

Finally tune your vocals. No matter how talented the singer is, singing in a studio with headphones on is an unnatural environment for most singers. This is why a little tuning is in place to compensate the unusual circumstances. After all, you tune drums, basses and guitars too, why not vocals? 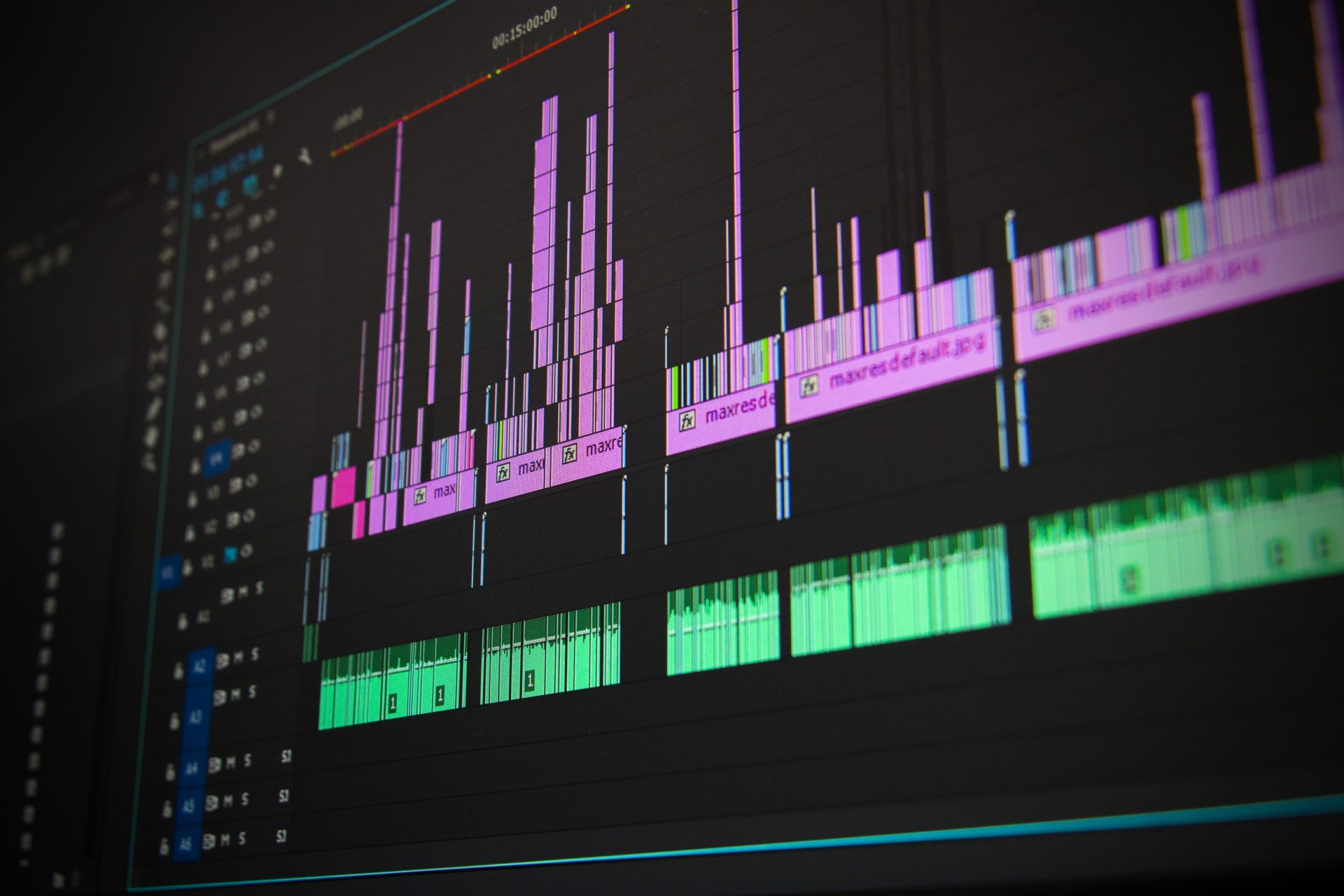 Okay, finally it’s time for step five, which is mixing. As you can see, there’s so much work before this stage. This is where you take your thoughtfully composed and arranged, well recorded and edited tracks and introduce them to the listener in the best way possible.

In the end, mixing is really all about getting the tracks in balance. You want the listener to hear everything the way it should be heard. This sounds simple and easy, but as you know, it’s surprisingly hard. You can divide the mixing process in five different parts. This gives you a workflow – a plan to follow and assures you get everything done without all the hassle and confusion.

The first stage is to let the song play around and around while adjusting faders and pan knobs to put everything in the optimal places where they belong. This way you’ll get the overall picture of the whole song and get the tracks as balanced as they possibly can be. Also this forces you to focus on the music and not the technical elements.

The second stage is to EQ your tracks to sit better with each other. EQ is the most powerful tool in your disposal. Use it wisely by cutting nasty and muddy frequencies while highlighting the good sounding frequencies. By cutting more than boosting, you’ll make sure that your mix preserves the headroom, which is needed for a more musical and clear outcome. Remember to match the volume after EQing to preserve the balance you made with faders and panning.

Next, compress your tracks. With compression you have better control of volume of the tracks such as vocals, drums, pianos and other highly dynamic instruments. You can bring down the higher peaks of the audio and lift up the lower volume content to make the overall sound more consistent. Compression is also a great tool to breath life into your tracks. Don’t just make your tracks louder with compression, keep the same volume you had with the faders and panning alone.

As you’ve already cleaned, highlighted and cramped down the dynamics of your tracks, it’s time for sweetening. You can do this with reverb, delay and saturation. The first two will make your dry home studio tracks play in a space and therefore sound more musical, natural and bigger. Your tracks will sort of glue together. With a delay you can also create cool effects to keep things interesting. Saturation can be used to fatten your tracks such as vocals, synths or drums.

Last but not least, breath life into your mix by automating it. In every DAW there’s some kind of an automation tool for this. It allows you to automate the volume, panning and pretty much anything you can think of. Turn the volume of certain tracks up and down in the different sections and points of your song to add the final touches to the roller coaster ride. 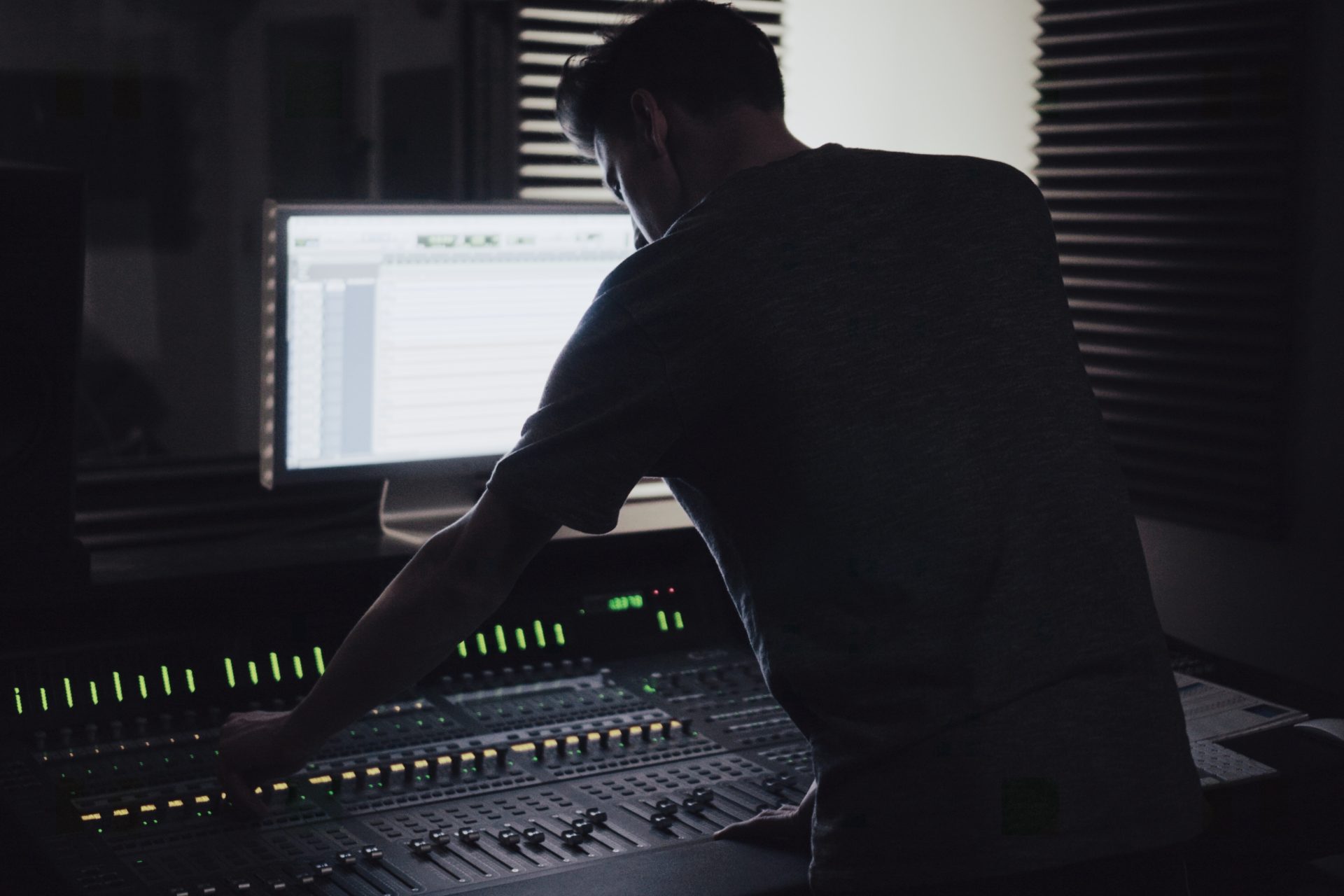 Before the mixed song ends up in the ears of the listener, it is mastered. This is (when done right) the most subtle of all the steps in the whole process. There are mastering engineers for this, but just like mixing it can be done by you as a home studio engineer / musician.

Mastering made simple: EQ the whole song as one track to add just a bit more crispness to the high end or to give it more bass. You can also cut annoying frequencies, but don’t make anything too radical, subtle moves here and there for more musical outcome. Referencing a pro mix of a similar song while doing this helps you to figure out what needs to be done. Then finally use a limiter to lift the volume up to the commercial level.

To conclude, do yourself a favour and stop mixing before you’ve done the composing of the melodies, writing lyrics, arranging the song, recording everything and editing the tracks. You’ll save time, get far better sounding outcome and most of all finish the songs you start.

If you find this content helpful, be sure to download my completely free guide 5 Steps to Create Music Faster to dive deeper into the world of songwriting.