Have you ever listened back to your mix and asked yourself “Oh man.. How can I get more power into the chorus?” I sure have. For a long time my choruses were okay sounding, but I never got them to hit as hard as they did in my favourite records.

My songs were pretty well written actually, they didn’t suck, that was not the problem. The melodies were catchy enough and there were some hooks. Even though they were recorded well and the overall sound of the mix was quite good. I knew something was missing.

The main problem for me was that my songs were dull in terms of dynamics and instrumentation. My songs were like pancakes, lacking rises and falls – straight out flat. They were static from the beginning to the end, with the same instruments and the same intensity.

Now, that’s not how it’s supposed to be. Think of a movie for example. It has different phases – ups and downs, surprising moments, twists in the plot.. And that’s how songwriting should be approached also. Keeping that in mind, let’s dive into the issue itself. 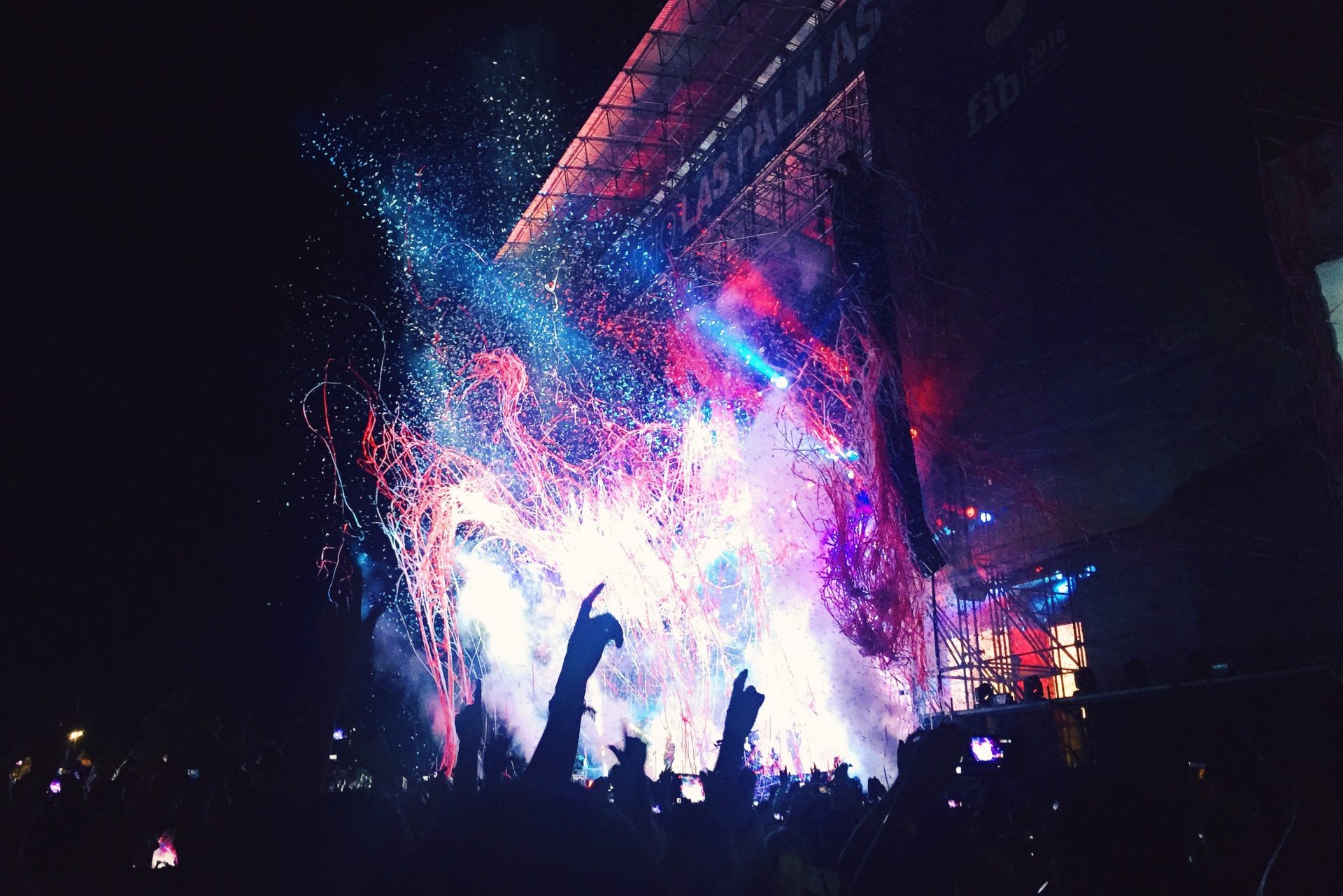 How to Arrange More Power into a Chorus?

I’m going to introduce five ways to make choruses more powerful. I’ll set them out one by one with real life examples. The first one is about dynamics, as you already probably guessed.

By taking a song down before a chorus – surprise surprise – a chorus itself will sound bigger and more powerful. In terms of arrangement, it might mean stripping a pre-chorus down to the bare essentials. On the other hand, if you don’t have a pre-chorus, you can take the song to the bottom of the wave in the end of a verse, just for a moment before the chorus kicks in. It could be a simple break before a chorus. Take a listen to how In Flames uses this pre-chorus-dynamics-trick in their song, “Where the Dead Ships Dwell”.

Another cool way to bring power into a chorus with dynamics, is to make the first chorus a stripped down chorus. What it means is that you take the first chorus and make it as small as you can. Give the listener just a little taste of the chorus. You could then continue into the next verse. When the actual chorus finally begins, it feels huge because the first one was so tiny. As an added bonus, the listener is already familiar with the chorus melody. Example: Deaf Havana – I Will Try

Adding something extra, something that wasn’t there before, will lift a chorus up nicely. This might be a wall of electric guitars playing 8th or 16th note octaves, an acoustic guitar strumming, synth pads or strings, a shaker or my absolute all time favourite: a tambourine. One simple tambourine will make a huge difference, like you wouldn’t believe. It gives that little extra sizzle up top, that nice boost in the upper register, making the song brighter and fuller at the same time. Example: System of A Down – B.Y.O.B.

There’s a lot that can be done with vocals to deliver more power to a chorus. You could simply double the lead vocals, which is something that Foo Fighters (and their frontman Dave Grohl) is known to use a lot. Pick just about any song (to exaggerate a bit) from them and you’ll find a doubled vocal track in the chorus, for example “Long Road to Ruin”.

You could also add vocal harmonies, especially to the hook. Astonishingly enough, the part with harmonies usually becomes the favourite part of the listeners. There could be also backing vocals singing longer notes such as “uu” “aa” “oo” to make the chorus more interesting. You can hear both of these in Linkin Park’s Lost in the Echo. In the chorus there’s backing vocals singing longer notes underneath Chester’s lead vocal. When he starts nailing down the point of the song by singing “go” – the harmonies come in.

Adding a group vocal track (a bunch of people singing around one mic), singing the same thing as a lead singer is a great way to add energy. It doesn’t have to be loud to make an impact (Listen Paramore – Misery Business for example). A choir is somewhat similar to group vocals. Choirs can make a massive difference in terms of power (in the final chorus of Emarosa – Cloud 9).

An effective way to breath life into a chorus is to simply change the drum beat. You could change it all together from one chorus to the other, or you could alternate between different beats inside a single chorus. What I like to do is to change between halftime and doubletime.

Sometimes I change the drum beat from doubletime to halftime inside every chorus. Other times all the choruses are halftime except for the last one. In Re-Education (Through Labor) by Rise against, they start the chorus with a halftime and switch in the middle to a doubletime.

I like to change the drum beat a lot to keep things interesting and engaging. Listen to what I did in the last chorus of my song “Reason Why”. The drum beat changes at least four times – all the time growing and evolving. You don’t necessarily have to change anything else than the cymbal that the beat is played to, that alone can make a drastic transformation.

Ad-libs started out as improvised short vocal lines that rappers shouted out: “Whaaat?” “Yeaah!” They are used heavily in pop music too, but there’s no question they can be used in any genre. In modern music ad-libs are also used as filtered little pieces of vocal lines stuffed between the main vocal. You can experiment with panning to keep up the attention of the listener.

This trick is usually saved for the last chorus as a final boost and excitement. If you already listened to the final chorus of “Reason Why”, do it again, this time paying attention to the ad-libs. If you didn’t listen to it, this is your chance to kill two birds with one stone.

There are the five ways how arranging can give power to the chorus. To sum up, the five ways are dynamics, instrumentation, vocals, changing the drum beat and ad-libs. These are not the only ways to bring some energy to the table, use your imagination. There are no limits.

Nonetheless, I hope you gained some useful knowledge and inspiration from this article. Experiment with these powerlifters next time you’re working on a chorus and you’ll hear the difference they make.

Download my information packed PDF-guides to help you further with songwriting:

5 Steps to Create Music Faster  (..and avoid the writer’s block!)